This has been a busy and exciting couple of weeks for TAG at our Cheal permit: in less than 30 days we tested Cheal-B5 (the third well in our current 10-well drilling campaign) and got it on full time production.

We didn’t know what the results would be at the time of these photos, but after perforation we flow tested 20 meters of continuous oil-and-gas pay within the 35 meters of net pay intercepted in the primary Mt. Messenger target. This is the most extensive pay interval ever recorded by a Cheal well, and includes record porosities of up to 30% and a record 60% total gas kick encountered while drilling.

Over the five-day test period, the discovery well was naturally flowing at an average rate of 1,870 barrels of oil equivalent a day, that’s 1,700 barrels of oil and 1.0 million cubic feet of gas per day flowing through a 40/64″ choke. These shots are of perfing day. 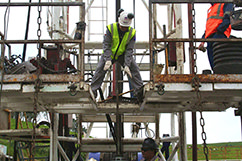 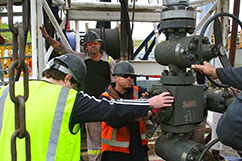 Everyone grabs something metal on the rig to feel the shots fire. It took nearly a minute-and-a-half for the firing bar to drop the 1700m. 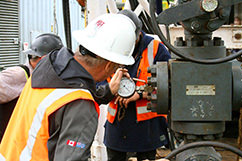 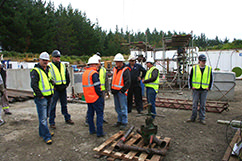 Waiting nervously for pressure response…and a minute after perforation the pressure starts to build. We knew then the news would be good. 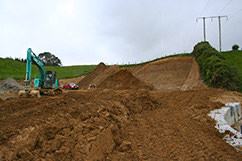 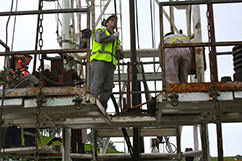