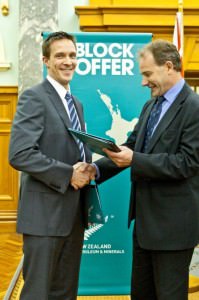 At the ceremony, TAG Oil was awarded four onshore Taranaki Basin exploration blocks, expanding our acreage by another 37,000 gross acres. More importantly, it’s acreage that sits in the main Taranaki oil and gas discovery trend. TAG has extensive 2D and proprietary 3D seismic over much of the acreage, which indicates several new prospects that we look forward to drilling. The awards initially add at least 10 drilling prospects plus the numerous leads in close proximity to the producing Cheal oil field and infrastructure.