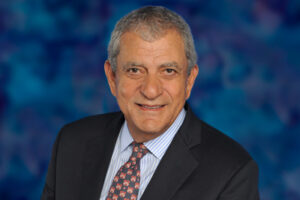 Mr. Badwi is a geologist and petroleum industry executive with more than 40 years of international upstream experience, leading public and private energy companies with oil and gas assets in many international jurisdictions. During this period, Mr. Badwi has completed several corporate mergers and numerous corporate and asset acquisitions and has a strong capital markets following in North America and Europe. Mr. Badwi has been a corporate board member of several public and private companies including Verano Energy in Colombia and Arpetrol Corp. in Argentina; both companies were successfully sold in 2014 and 2016.

Mr. Badwi was the Recipient of Albania’s high distinction Presidential Award for Special Civil Merits and the Recipient of the Atlantic Council of Canada’s Award for Corporate Social Responsibility and Economic Sustainability. Mr. Badwi is also a member of the Canadian Institute of Corporate Directors.